Until recently, rare sugars were exceptionally expensive and limited in commercial supply, making it difficult to secure enough for research.

However, Kagawa University and a consortium of industry, academia, and government have explored ways to produce rare sugars from monosaccharides, common in nature. They are working on projects that put these successes to use commercially. 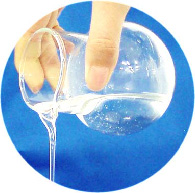