Expanding to the World

In order to bring rare sugar from Kagawa to the rest of the world,Kagawa University founded the International Society of Rare Sugars in 2001 (President: Kagawa University Professor Izumori).
In May of 2002, the first international symposium was held at the Sunport Takamatsu International Convention Hall. Over 30 researchers from 13 different countries were in attendance, and discussion and debate were fruitful. Now, a total of 7 symposiums have taken place in Kagawa.

Results from Past Conferences

In 2013, through the Japan Society for the Promotion of Science's bilateral exchange program, Kagawa and Brunei(Southeast Asia) were able to begin a research project together known as the Collaborative Investigation Study between Japan and Brunei on Diabetes and Obesity (Research Period: August 1, 2013 to March 31, 2015).
This project, involving Kagawa University and Brunei (where the prevalence for diabetes is high), takes a joint-academic approach. As part of this effort, methods for reducing the calories in various foods through the use of rare sugar are being investigated.
This research is not intended to just benefit Brunei,however, but also hopes to contribute to overcoming similar issues with diabetes and obesity in Japan. 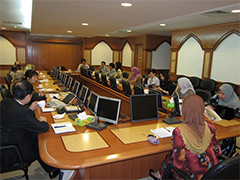 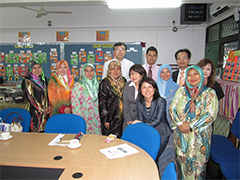 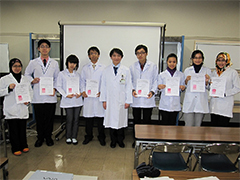 Expanding to the World